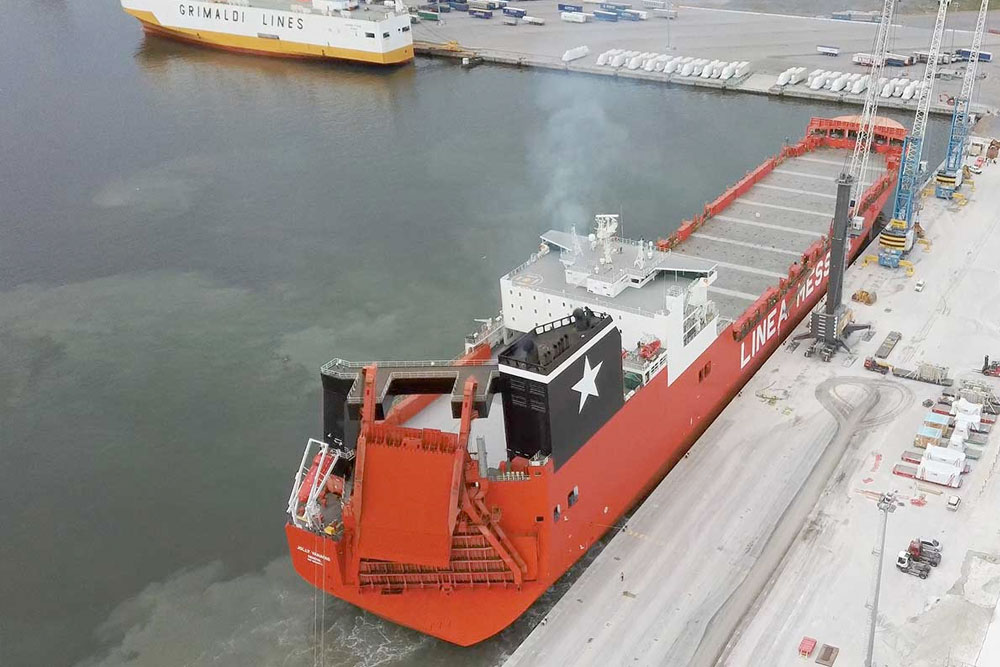 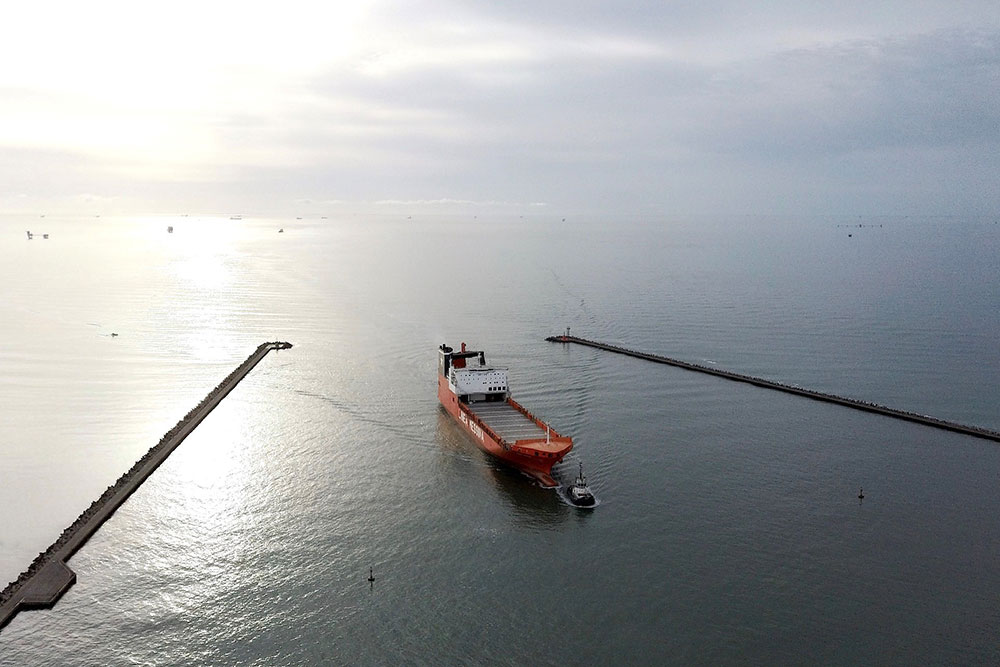 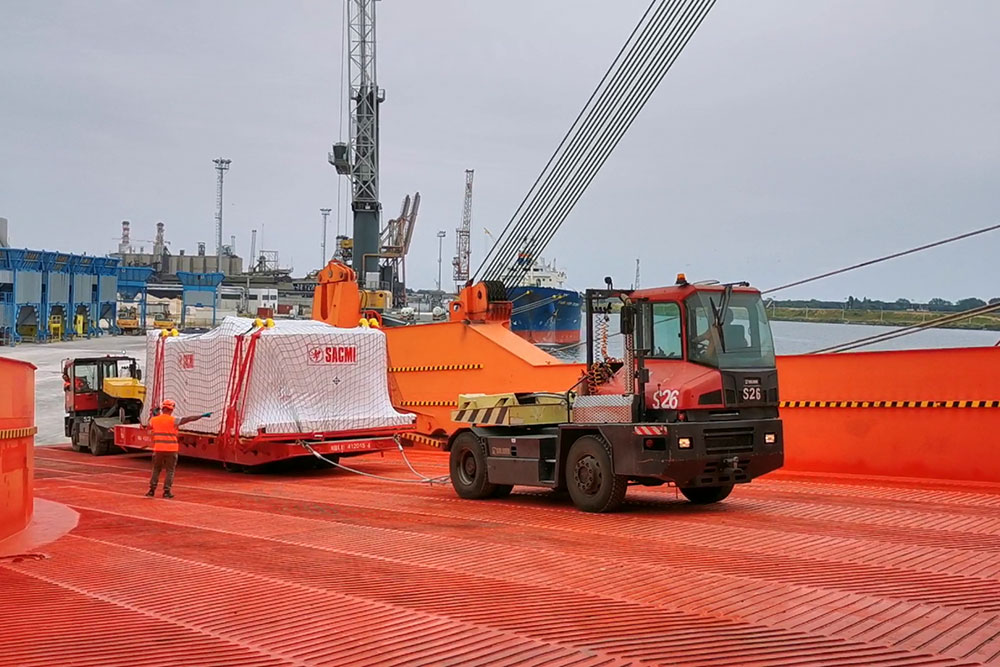 The long-standing shipping company Ignazio Messina & C. S.p.A. from Genoa docks for the first time in the port of Ravenna.

The occasion is worth another record because the Jolly Vanadio, which has been carrying out embarkation operations at Sapir Group’s North Terminal since this morning, is the largest vessel ever to enter the port of Ravenna: it is 239 metres long (280 with the stern ramp extended) and 37.5 metres wide.

The Jolly Vanadio was launched in 2015 and, together with the other seven twin sisters belonging to the Shipping Group, it is one of the Company’s flagships. These vessels, all flying the Italian flag, are the world’s largest Ro-Ro container ships and were designed entirely in-house and are equipped with the most sophisticated technologies and systems to protect the environment, earning them the Greenplus certification by RINA.

Italteam Shipping, the maritime agency that represents Ignazio Messina in Ravenna, has identified the North Terminal as the best option for transporting to Iraq 30 power substations produced in Lodi; the trailers weigh between 30 and 80 tons. Another 20 packages, including two presses produced by SACMI of Imola, each weighing 125 tonnes, complete the cargo.

The embarkation operations are carried out with ro-ro methods using forklift trucks of the Port Company.

The operation benefits from the collaboration of Traghetti & Crociere, a company that has made its areas available for the temporary storage of packages to embark.

“It is an honour for us to work with such a prestigious company, which docks in our port for the first time, comments Riccardo Sabadini, Chairman of Sapir and the North Terminal. The North Terminal is well suited to welcoming vessels, including large ones. It is positioned in a large basin near the outlet of the canal and gives them manoeuvring space. A vessel like that could not have entered the canal as far as the Sapir Terminal in Darsena San Vitale. Terminal availability in different positions is another strong point offered by our Group. If we also consider Terminal Container Ravenna, we are able to handle the most varied types of goods with the greatest efficiency, thanks to modern and high performance lifting equipment, large spaces and warehouses to handle and store goods and especially to the professionalism of the staff which is the best guarantee for customers”.

Where we are
Work with us
News