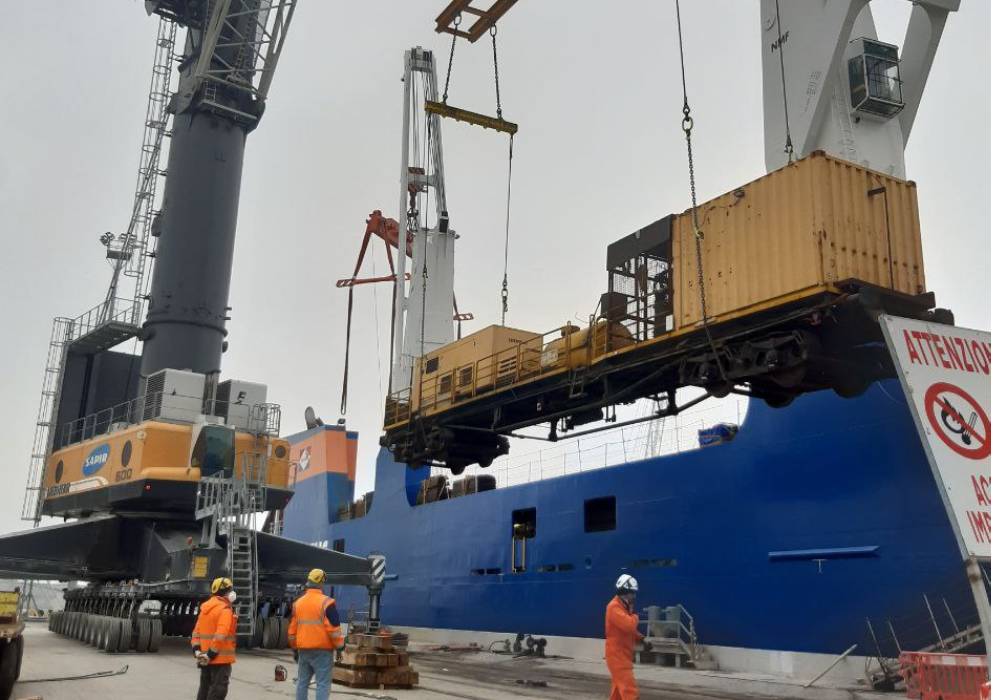 Generally, when we think of the relationship between trains and ships we speak of intermodality, referring to the combination of different types of transport in a single logistic solution, for example a load arriving by ship and sorted by train.
Yesterday at the Sapir terminal in Ravenna’s port there was a less frequent type of interaction between the two means of transport, namely six railway wagons were loaded onto a ship.
The ship was the EEMSLIFT NELLI bound for the port of Alexandria (Egypt) where it will unload the wagons for the development of the Cairo-Alexandria line.
As many know, the Sapir terminal has the means and professionalism to independently manage the handling of out-of-standard pieces such as wagons, as well as heavier and larger loads.
In this case, an additional advantage was the fact that the rail reaches the dock and therefore, with the cooperation of the railway company, it was possible to bring the wagons right near the ship, thereby simplifying and speeding up boarding operations.
One can easily see why the carriers who organised the transport, Ferrentino Srl of Vado Ligure and Casadei & Ghinassi of Ravenna, chose the Sapir terminal.
The port of Ravenna, and the Sapir terminal in particular – also thanks to the large rear dock areas available – constantly prove to be an excellent option for loading and unloading out-of-standard items.

previousFirst time for the Ignazio Messina at the Port of Ravenna

nextSailing hub to be built on SAPIR premises